The United States men's national soccer team, often referred to as the USMNT, represents the United States in international association football (soccer) competitions. It is controlled by the United States Soccer Federation and competes in CONCACAF (the Confederation of North, Central American and Caribbean Association Football). The team is ranked 13th in the world according to the FIFA World Rankings, and 15th in the World Football Elo Ratings. They have appeared in the last six FIFA World Cups and hosted the 1994 edition.

The men's national team competes in the FIFA World Cup and the FIFA Confederations Cup, in addition to the CONCACAF Gold Cup and other competitions by invitation. They achieved a CONCACAF-best when they reached the semi-final at the 1930 World Cup, finishing 3rd. After qualifying for the 1934 World Cup, and withdrawing in 1938, the next World Cup participation came at the 1950 tournament, causing an upset by defeating England 1–0 in their second group match. After 1950, the US didn't qualify for the World Cup again until 1990.

After the 1990 World Cup, the US qualified automatically as hosts of the 1994 World Cup, eventually losing to Brazil in the round of sixteen. From then on, the team has qualified for every World Cup since, up to and including the 2014 World Cup. The national team improved on an international level, reaching the quarter-finals of the 2002 FIFA World Cup, where they lost to Germany 1-0. In 2009 they reached the final of the FIFA Confederations Cup, eliminating top-ranked Spain 2-0 in the semi-finals before losing to Brazil 3–2. 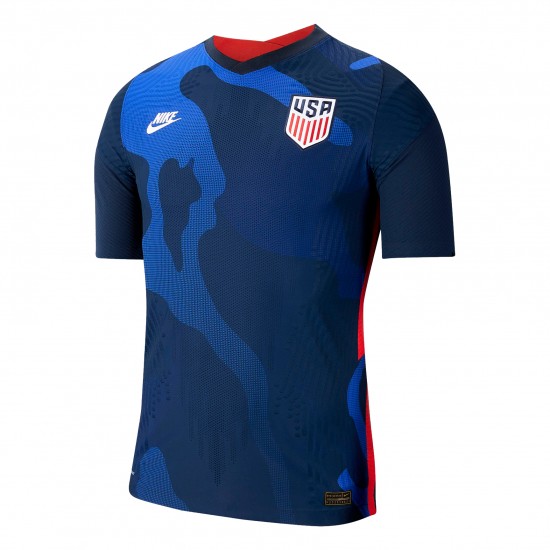 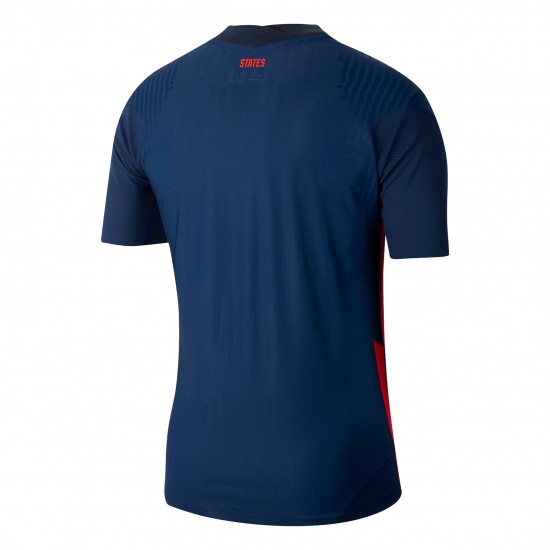 Brand: Nike
USA 2020 Away Vapor Match Shirt
ELITE PERFORMANCE. TEAM PRIDE. The U.S. Vapor Match Away Jersey is the same design worn by the pros on the field. It combines breathability and mobility with stretchy fabric that wicks sweat and dries exceptionally fast for peak performance. This product is made with at least 75% recycled polyest..
RM799.00
Add to Cart
Add to Wish List
Buy Now Question
Showing 1 to 1 of 1 (1 Pages)