Real Sociedad de Fútbol, S.A.D., more commonly referred to as Real Sociedad (pronounced [reˈal soθjeˈðað]; Royal Society) or La Real, is a Spanish professional sports club in the city of San Sebastián, Basque Country, founded on 7 September 1909. It plays its home matches at the Anoeta Stadium. Real Sociedad won the Liga title in 1980–81 and 1981–82, and last finished runner-up in 2002–03. The club has also won the Copa del Reytwice, in 1909 and 1987. It contests the Basque derby against rivals Athletic Bilbao. Real Sociedad was a founder member of La Liga in 1929; its longest spell in the top flight was for 40 seasons, from 1967 to 2007.[2]

Traditionally the club followed a policy (similar to that of its rival Athletic) of signing only Basque players, before signing Republic of Ireland forward John Aldridge in 1989. While a strong Basque contingent has been retained among its players, nowadays both non-Basque Spaniards and foreign players are represented at the club. Its youth section subsequent to the all-Basque era has still been very successful in developing internationally renowned players, such as World Cup winners Xabi Alonso and Antoine Griezmann.[3] 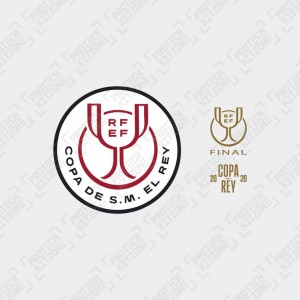