The Spain national football team (Spanish: Selección de fútbol de España)[a] represents Spain in international association football and is controlled by the Royal Spanish Football Federation, the governing body for football in Spain. The current head coach is Vicente del Bosque. The Spanish side is commonly referred to as La Roja ("The Red [One]"), La Furia Roja ("The Red Fury"), La Furia Española ("The Spanish Fury") or simply La Furia ("The Fury"). Spain became a member of FIFA in 1904 even though the Spanish Football Federation was first established in 1909. Spain's national team debuted in 1920. Since then the Spanish national team have participated in a total of thirteen of nineteen FIFA World Cup and nine of fourteen European Championships. It has a total of 73 international titles in senior and youth teams.

Spain are the reigning World and European champions, having won the 2010 World Cup and Euro 2012. The national team are currently ranked number 1 in both the World Football Elo Ratings and FIFA World Ranking. They also won Euro 2008, making them the only national team so far with three consecutive wins of either the applicable continental championship or the World Cup. Spain currently holds the record for the most consecutive competitive matches unbeaten with 29. A feat that went from the 2010 FIFA World Cup to the 2013 FIFA Confederations Cup These achievements have led many commentators, experts and former players to consider the current Spanish side among the best ever international sides in world football. 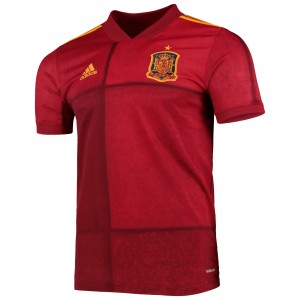 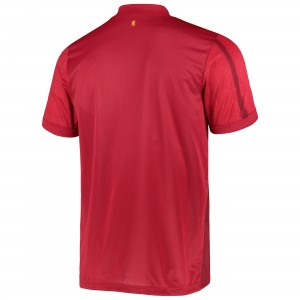 -67 %
Brand: Adidas
Spain 2020 Home Shirt
Spain Home Shirt Taking inspiration from the Spanish flag, the Spain Home Shirt displays all the hallmarks of a masterpiece on and off the pitch. A replica of the shirt worn by the likes of Sergio Ramos and Thiago Alcantara on matchdays, it features built in soft and moisture-wicking..
RM99.00 RM300.00
Add to Cart
Add to Wish List
Buy Now Question
Quickview 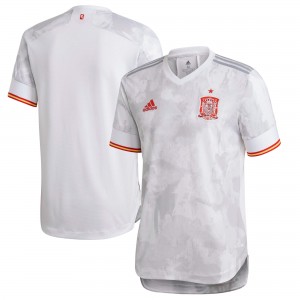 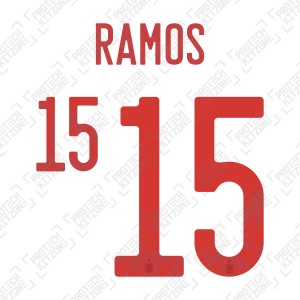 -50 %
Brand: Adidas
Spain 2021 Authentic Away Shirt
SPAIN AWAY AUTHENTIC JERSEY THE OFFICIAL AWAY JERSEY OF THE SPANISH NATIONAL TEAM. For Spain's away jersey, adidas dialed it back to the victory that put the first star above the soccer team's crest. It's an abstract vision of the confetti-specked moments following Spain's 2010 title win. With..
RM250.00 RM500.00
Add to Cart
Add to Wish List
Buy Now Question
Quickview 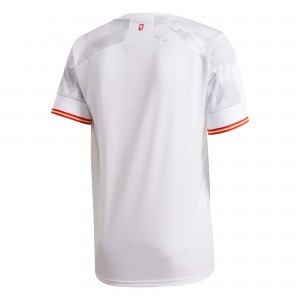 -67 %
Brand: Adidas
Spain 2021 Away Shirt
A MOISTURE-ABSORBING ADIDAS JERSEY FOR SPAIN'S FANS. Red-hot football artistry frozen in time. Any Spain fan can picture the confetti-specked moment when the team lifted the trophy in South Africa. For the team's away jersey, adidas captures that image in an abstract, hand-painted design. Soft an..
RM99.00 RM300.00
Add to Cart
Add to Wish List
Buy Now Question
Showing 1 to 3 of 3 (1 Pages)