The Scotland national football team represents Scotland in men's international football and is controlled by the Scottish Football Association. It competes in the three major professional tournaments, the FIFA World Cup, UEFA Nations League and the UEFA European Championship. Scotland, as a country of the United Kingdom, is not a member of the International Olympic Committee and therefore the national team does not compete in the Olympic Games. The majority of Scotland's home matches are played at the national stadium, Hampden Park.

Scotland have qualified for the FIFA World Cup on eight occasions and the UEFA European Championship twice, but have never progressed beyond the first group stage of a finals tournament. The last major tournament they qualified for was the 1998 World Cup. The team have achieved some noteworthy results, such as beating the 1966 FIFA World Cup winners England 3–2 at Wembley Stadium in 1967. Archie Gemmill scored what has been described as one of the greatest World Cup goals ever in a 3–2 win during the 1978 World Cup against the Netherlands, who reached the final of the tournament.[6] In their qualifying group for UEFA Euro 2008, Scotland defeated 2006 World Cup runners-up France 1–0 in both fixtures. 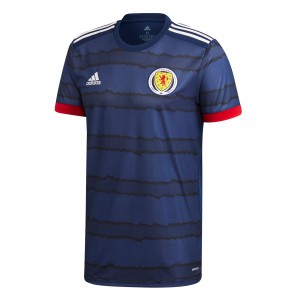 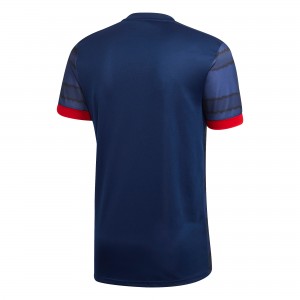 -50 %
Brand: Adidas
Scotland 2020 Home Shirt
A JERSEY THAT KEEPS SCOTLAND SUPPORTERS DRY. Hand-painted and ready for battle. Combining a '90s vibe with contemporary colours, this adidas Scotland Home Jersey was born on an artist's canvas. It's similar to the ones players wear on the football pitch. Soft, quick-drying fabric keeps you comfor..
RM179.50 RM359.00
Add to Cart
Add to Wish List
Buy Now Question
Showing 1 to 1 of 1 (1 Pages)